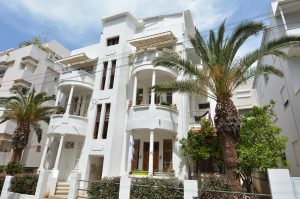 Real estate prices in most cities in Israel are trending upwards – and have been for the past ten years.

According to information published in Globes in August 20l6, apartment prices for the second quarter of 2016 rose approximately 2.5% in most of the major cities in Israel.  Only Haifa and Rehovot showed no increase in housing prices.

The same study showed that, on average, real estate prices have increased approximately 8% during the past year alone.

In the early 2000s, the numbers of foreign investors in Israeli real estate began to increase, despite  the Second Intifada, the Second Lebanese war, two incursions into Gaza and constant shelling of Israeli settlements and cities. This was mostly due to rising antisemitism in Europe and strong foreign currencies against the Israeli Shekel.

Until 2006 the Israeli shekel was always weaker than the major international currencies.  This meant that foreigners could get more bang for their buck when it came to purchasing real estate in Israel. Since, the price of Israeli real estate was also on the rise, purchasing property became an attractive investment option as well.

The ensuing demand for property, especially in cities where foreigners tended to buy apartments, caused real estate prices in Israel to rise even more.

As a result, the Israeli tax authorities have been adjusting the levels of real estate taxes (purchase tax and capital gains tax) to see if they can stem the tide – so far to no avail. These new taxes, together with the strong Israeli shekel, have made it very expensive for foreign investors  in Israeli real estate, and yet the rise in prices has not yet been checked.

So, now that there are less foreign investors we cannot blame them for the continuous and steady rise in real estate prices. The next group to blame is the Israelis themselves.

Alternative Investments – If Not Real Estate, Then What?

Investing in the stock market is perceived as riskier than investing in real estate. It’s an often volatile market and not an attractive option for the risk-averse.  Those looking for low-risk investments used to simply leave their cash in savings accounts at the bank – but the interest rates of today make that a less-than-attractive choice

As a result, many Israelis with savings invest their money in real estate, thereby causing the prices of apartments to rise. This has caused the Israeli tax authorities to raise the taxes for Israeli investors as well.  But still, the prices rise.

How to Burst the Israeli Real Estate Bubble

What is it about the Israeli real estate market that causes it to act in a manner that is not like other markets? Is it the fact that it is the holy land with a limited amount of land to be purchased?  Is it because 90% of the land is owned and controlled by the government? Should the government sell the development rights in this land at lower prices while controlling the price of apartments sold?

Right now the government has tried to flood the market with new residential real estate projects while adhering to the old and tried rules of supply and demand. The government feels that this, together with raising the taxes on real estate transactions and investments should bring down the prices.

Foreign Real Estate Investors Where Are You?