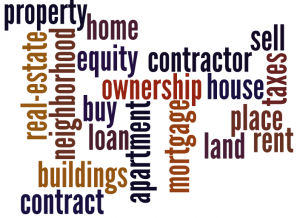 The national and local authorities that govern the zoning of neighborhoods and cities have been giving their support to several types of urban projects.

1. The strengthening of old buildings against earthquakes. In this type of project a builder is allowed to add on a couple of floors to an apartment building and sell the apartments that he builds.  In return, the builder renovates the building in several ways.

This is a popular arrangement for both builders and apartment owners. The apartment owners gain an extra room and a refurbished building, and the builder makes money by selling the new apartments that he builds.  These types of projects, although needed throughout the country, are most prevalent in the center of the country where apartment prices are higher.

2.  Urban renewal by evacuating old buildings, demolishing them and building new buildings in their place. Not an easy process for many reasons, ultimately the displaced apartment owners are able to return to a new building and the price of their apartments are enhanced. The builder receives compensation for his construction work and is also able to sell any additional apartments that were built as part of the project.

The Israeli real estate market under the Shadow of Corona