In a previous blog post I wrote about Sarona, the next big preservation project in Tel Aviv, located along Kaplan Street and Menachem Begin Blvd. In this post I’m going to explain more about the project and who the major players are.

According to Globes newspaper, 15 houses on the western side of the project were leased to a group of private investors which included businessman Reuven Adler, Eyal Chomski, the past CEO of the Azorim Construction Company, Mati Dov and The Midas Investment Fund controlled by the Steinman family, and Yoram Yosiphuf, for the sum of 45.1 million shekels.

Also, according to Globes, another 12 houses on the eastern side of the project were leased to the Rogovin Group controlled by Kobi Rogovin and Avraham Irani Investment Company (owners of Factory 54) for 45 million shekels. 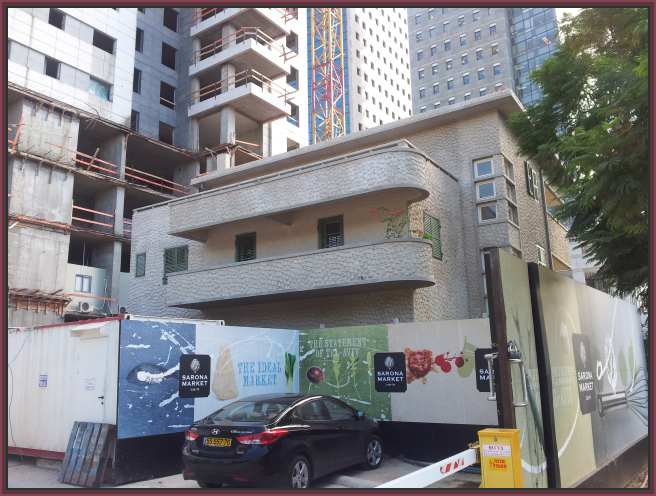 When asked in an interview with Globes what inspired them to invest an additional 200 million shekels in the project beyond the costs of purchasing the long term lease rights, the investors who all claimed a certain nostalgia for the area, cited examples such as Soho in New York City, Covent Garden in London, The Grove in Los Angeles and the French quarter in Shang Hai as examples of projects whose successes could be copied in Sarona .

Around the project tall towers, slated for residential and commercial use, have been built with more such buildings on the way. The project is adjacent to the Azrieli Towers and train station, Ibn Gvirol Street and several of Tel Aviv’s cultural centers, such as Habima Theatre and the Opera.

This great location will bring many local and foreign tourists to the site and it is no wonder that the investors seem to have had no problems renting out the space. According to Globes there will be 8,000 sq. meters of fashion stores, 5,000 sq. meters of coffee shops and restaurants and 1,500 sq. meters of galleries.

Between each house are several square meters of gardens and there will be a park in the middle of the projects as well. All in all, this project has the makings of a successful commercial and tourist attraction and, as with most preservation projects in Israel and the rest of the world, will do much to gentrify another run down area of Tel Aviv.

Are You Entitled to Land Appreciation Tax Exemption?

Another Historical Building Gets a Face Lift