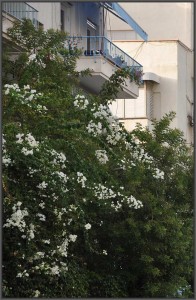 Although the southern cities of Israel have been under missile attacks for the past decade the prices of apartments there have steadily risen over the past few years. In a recent study (conducted by Parto Strategies and reported on in Globes newspaper), which checked the affect the missile attacks were having on the price Israelis are willing to pay for apartments in the southern cities of Israel,  the results were very surprising.

Since December 2008 and the last IDF initiative in Gaza (Cast Lead), Be’er Sheva and other southern cities have found themselves the targets of missile attacks.

However, not only have the prices of apartments in Be’er Sheva not plummeted, they have actually risen. Each year since 2008, prices have continued to rise even more in most southern Israeli cities including  Ashkelon and Ashdod as well.

The rise in apartment prices is attributed to the construction of the large army base in the Negev called “Ir Habadim” which will house many officers and their families.

Another surprising fact discovered in the study is that the price rise in percentage terms in the southern cities of Israel is even higher than the percentage by which the prices in Tel Aviv rose during this time.

This appears to be a testament to the tenacity of the Israeli people, who have stubbornly dug in their heels and have decided to stay put and not abandon the south.

Buying an Apartment: The Ins and Outs

Is Tama 38 in Danger of Extinction?