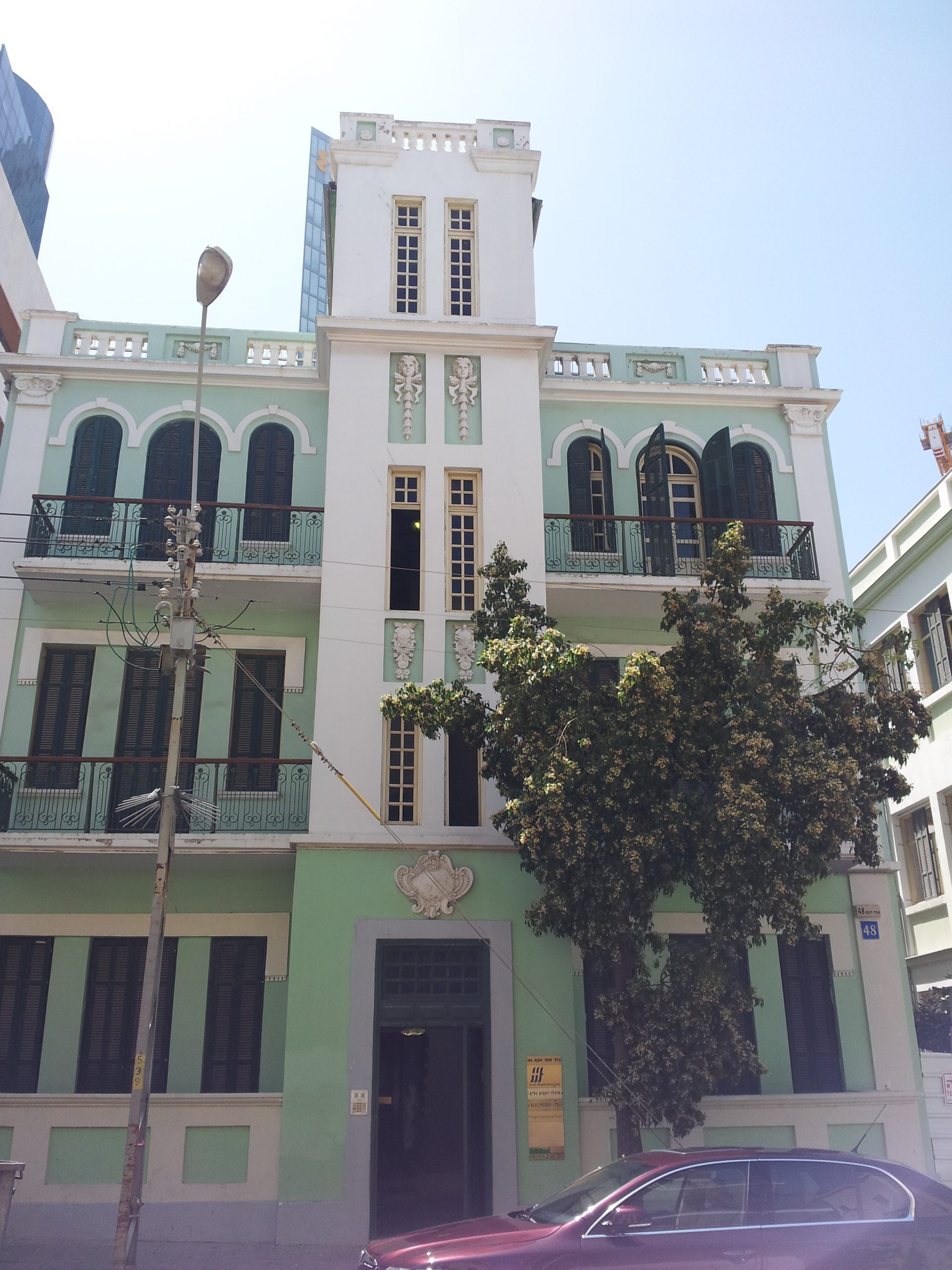 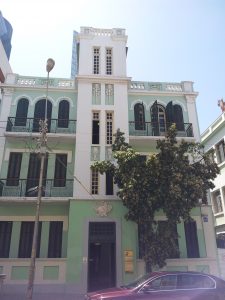 In my previous two blog posts I wrote about the formation of the organization of Ahuzat Bayit and the establishment of the neighborhood by that name outside of Jaffa.

The Establishment of the Garden City – Tel Aviv

66 families settled in Ahuzat Bayit. Of these 66 families 60 of them took the loan offered by the World Zionist Organization. They then set their minds to planning the neighborhood. They consulted with several known town planners and engineers who submitted several sets of plans. At that time the world witnessed the birth of the Garden City movement in Europe. The ideas of the Garden City movement were based on utopian ideas of how large cities should look and how the planning of cities could improve the quality of people’s lives.  This would be done by zoning and inserting parks and gardens into cities. One of the founders of this movement was Ebenezer Howard, author of the book “Garden Cities of Tomorrow”.

The Beginning of Zoning Town Planning Laws in Tel Aviv

The settlers of Ahuzat Bayit had a wish list.  They wanted wide streets not narrow, dirty winding streets.  They wanted parks and fresh air. They wanted electricity, sewage and running water.  After looking at all the plans they came up with a town plan that was a compromise of all the above. Each house was built on plots of 500 to 1000 sq. meters. Houses could be only two floors, no higher. Each house was built several meters away from the sidewalk and had to have a garden around the house with a certain amount of trees facing the road.  The main street, Herzl Street, ran down the center of the neighborhood from the beautiful building of the “Gymnasia Herzlia” high school to the train tracks of the Jaffa – Jerusalem rail way line. Herzl Street is crossed by the lesser roads, Yehuda Halevi, Lillienblum and Ahad Ha’am Streets. Rothchild Blvd. which also crosses Herzl Street was made into the neighborhood’s park. No commercial activity was allowed in the houses. This was to be a residential neighborhood only. The above rules were the precursor to the zoning laws of the city that would arise.

Tel Aviv – A City Named After a Book

The houses were finished within a few months. A year later the name of the neighborhood was changed to “Tel Aviv” the Hebrew translation of the title of Herzl’s utopian book “Altnoyland” (Old new land).

The success of Tel Aviv spread to the neighboring lands. More land was purchased and settled. The settlers formed companies whose sole purpose was to buy up land around Jaffa for future neighborhoods. This meant that from a town planning perspective, Tel Aviv could not always adhere to basic town planning rules. Land was bought where it was available and then settled.  Not always did the streets and buildings jive with the street plan of the original neighborhood of Tel Aviv, although they merged with Tel Aviv eventually and were governed by the same committee. In order to have a beautifully planned out city one needs to have a large supply of land.  In that manner, streets, houses and public buildings can be mapped out in a thoughtful and well planned manner. Tel Aviv did not have that luxury. Its first neighborhoods were built wherever they could be built and under a Turkish Regime that had no town planning on its mind. It was not until the early 1920’s, during the time of the British Mandate that good town planning rules were put into effect and laws were enacted to ensure this. At this time Tel Aviv was recognized as a township and was able to govern itself. This meant that since Tel Aviv was a legal entity it could take loans, purchase land and do some real town planning. This is exactly what happened in the 1920’s and afterwards where Tel Aviv had enough money to purchase more land and hire a town planner (Patrick Geddes) to prepare a town plan for the northern part of the city.

However, the development of Tel Aviv was also influenced by tragic events. It 1921, Arab rioters attacked Jews in Jaffa. This brought the Jews of Tel Aviv and the Jewish neighborhoods around Jaffa to a realization that they can no longer continue to work in Jaffa and that they must separate themselves from Jaffa. This brought on the development of industrial and commercial zones in Tel Aviv. Here we have the birth of a city with areas zoned for different uses. In 1936, due to the Arab riots, the Port of Tel Aviv was established.

Tel Aviv was called the first Hebrew city.  Indeed it was run by Jews and was inhabited only by Jews and the official language was Hebrew.  This was a unique phenomenon in the beginning of the 20th century and it was this sense of security that brought many more Jews to its shores and made Tel Aviv one of the most important cities in in the Land of Israel at that time and today

The Birth of a City – The White City – Act Two