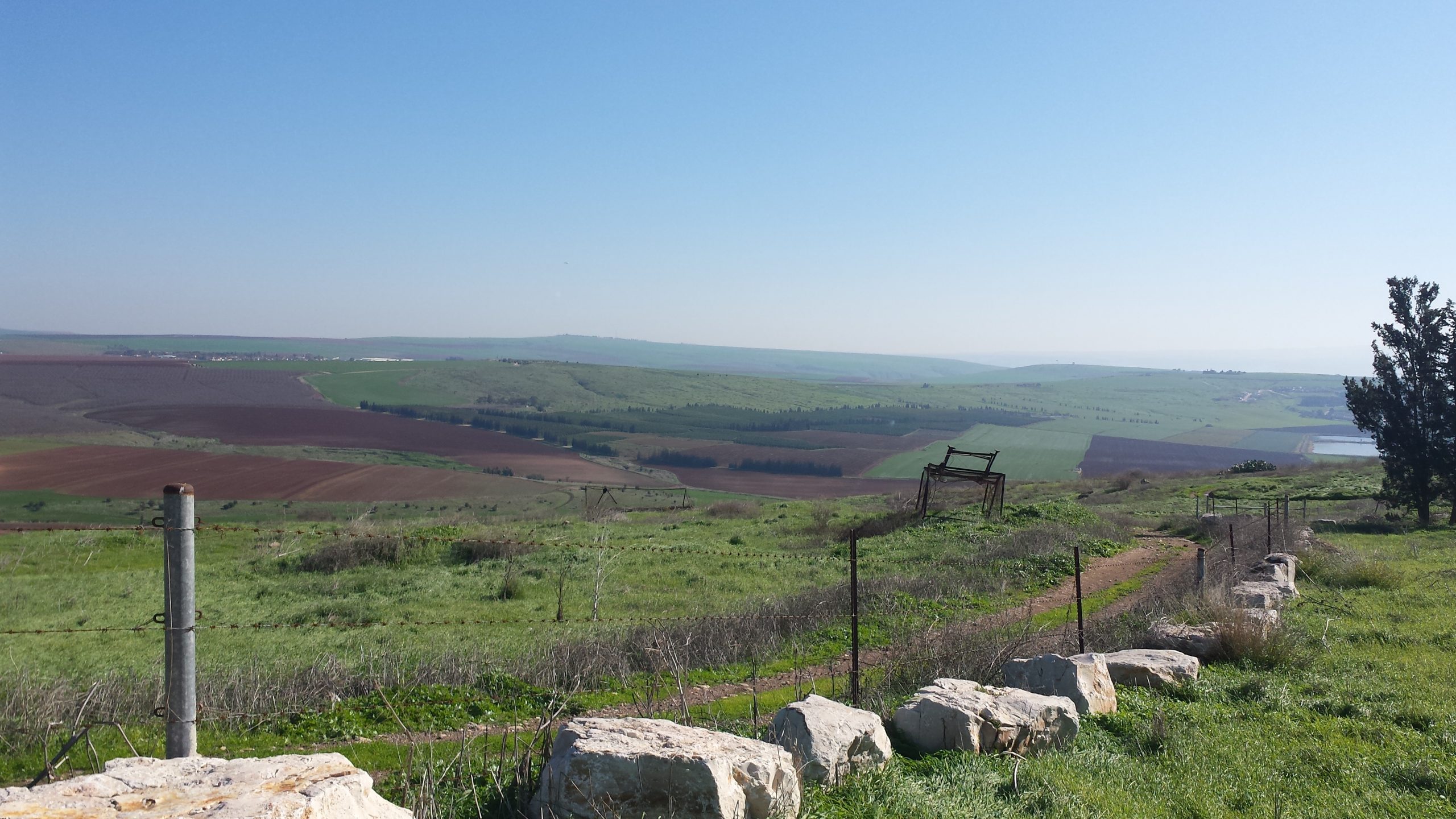 Redemption of the land of Israel began anew in the late nineteenth century with the birth of the modern Zionist movement.  The idea of forming companies, raising the money and purchasing land in the Ottoman held land of Israel was thrown around by several Zionist leaders at that time but it took a while before this idea came to fruition. The idea was implemented in several ways and it has had a great affect on how real estate is owned and managed in Israel today.

It is a known fact that 90% of the land in Israel is owned by the government and only 10% of the land is privately owned. The 90% is administered by a government agency called the Israeli Land Authority (ILA). Anyone purchasing property on land of the government basically gets long term leasehold rights for 49 years which are renewed at the end of this period. This does not stop an owner from selling, mortgaging or renting the property but it does add a whole level of bureaucracy to the proceedings.

How did we get to this situation? Why should 90% of the land in Israel be owned by the government? To get to the crux of the matter we need to go back in time to the last decades of Ottoman rule of the Land of Israel and the birth of the modern Zionist movements.

The Ottomans ruled the Land of Israel from 1516 to 1917. During this time, the ownership of lands was structured according to the Ottoman law. This law made it difficult for foreigners to purchase land in Palestine. Towards the end of the nineteenth century various groups of Zionist Jews were looking for a way in which Jews could emigrate to the land of Israel, purchase land and settle there.

Due to the difficult Ottoman laws pertaining to purchase of land it was difficult for individuals to do this alone.  In addition to this, most individuals from abroad had no experience in negotiating with the local landowners.  If they could not raise the money for the purchase through their own funds, there was no way to obtain financing on their own for the purchase.  Very often the local landowners wanted to sell more land than an individual needed for himself. In addition to this, it was hard for an inexperienced individual to know if the quality of the land he wanted to purchase was good for his needs. It is for these reasons that it was imperative that the Zionists, who wanted to settle Jews in Palestine, form a company or companies to purchase the lands for them.

The Idea of Land Redemption

The KKL went into full swing after World War l.  Although it was active until the war, it was groups of Jews that got together to purchase land to establish the first agricultural settlements, “moshavot” like Petach Tikvah, Rishon Lezion, Rchovot, Zichron Ya’akov, Rosh Pina, Hedera and others and communal settlements like “Kibbutzzim” such as “Degania”.  During this time the Baron Rothchild of France also purchased lands for Jewish settlement. Later the Baron Rothchild, together with the non Zionist organization “IKA” gave financial aid to those first Jewish “moshavot” who were struggling financially.

The Jews who settled in the communities on land bought by the KKL were given long term leasehold rights in the land. Before Israel became a state these lands were administered by the KKL but after the State was established the ILA took over the administration of these lands. In order to ensure that the ownership remains in Jewish hands the ownership was never sold but rather long term leaseholds were given to the settlers. This arrangement is still in effect today.

These lands of the KKL together with lands that the British Mandate government transferred to the State of Israel and lands abandoned by Arabs during the War of Independence in 1948 makes up 90% of the land in Israel today. These lands are administered by the ILA.  This presents a whole level of bureaucracy. These lands are marketed by the ILA for the construction of building projects by way of the tender process. Unfortunately having construction companies participate in a tender process and bid for the land drives up the final price of apartments.

How does the government keep the ownership of these lands in Jewish hands? If you are Israeli, it is not problem to buy and sell apartments built on these lands. However, if you are a foreigner wishing to buy an apartment on these lands then you are required to sign two affidavits. One in which you declare that you would be entitled to make aliya according to the Law of Return (this means that you are Jewish). In the second one you will declare what you intend to do with the property.

And where did the remaining 10% of Jewish ownership come from? In addition to the KKL there were other Jewish groups who were active in purchasing land in Palestine. One type of  group was companies that were formed to purchase land for a specific settlement. At the end of the nineteenth century the walls of the old cities were taken down and the moats were filled in. Groups of all religions moved out of these crowded cities and established neighborhoods outside the walls on lands they purchased from private citizens.  Examples of this are Yemin Moshe, Nachalat Hashiva and Mea Shearim in Jerusalem and Neve Tzedek and Neve Shalom in Jaffa. By the time Tel Aviv was established in 1909 there were 5000 Jews living in these new neighborhoods outside of Jaffa.  Tel Aviv was established by a group of Jews who established a company for the sole purpose of buying the lands together and establishing a neighborhood. These lands are privately owned today.

Another form of settlement company was a company that was formed with the goal to purchase land wherever available possible. The funds for the purchase were raised by the sale of shares.  One such company was called “Geula” which literally means redemption in Hebrew. This company, formed by Menachem Usishkin, Bezalel Yaffe and Meir Dizengoff among others was responsible for the purchase of lands in and around the first neighborhoods of Tel Aviv and adjacent to existing Jewish settlements, thereby expanding those neighborhoods and settlements. This company was active between 1904 and 1944.  During this time the company aided many Jews from abroad to purchase land and set up farms and settlements.

Another such company was Hachevra Hachadasha, (which means the new society in Hebrew) was established in 1912 by Yosef Eliyahu Chelouche (one of the founder’s of Tel Aviv), David Yellen and others. The goal of this company was to purchase available lands in the the Land of Israel. Most of the lands purchased by this company were in or around Tel Aviv and Jaffa, thereby contributing to the development of Tel Aviv.

Another such company was “Hachsharat Hayishuv” which began its activity in 1910. The company is still active today and its shares are sold on the Israeli stock exchange. This company was established by Arthur Rupin, Otto Warburg and Ya’akov Tahun. This company was instrumental in purchasing lands all over the Land of Israel. This company used the services of the legendary land broker, Yechezkel Chankin, who had wide ranging connections with Arab land holders all over the country. He was instrumental in bringing about the purchase of lands in Emek Yizrael, Givat Olga (named after his wife Olga) and other places. By the time Israel became a state in 1948 hachsharat Hayishuv was behind the purchase of over 50% of lands in Jewish ownership.

During this time, many small companies purchased lands in many places and then sold them to private buyers. At this time you could go to almost any kiosk and purchase a plot of land.

The lands purchased by these companies as well as the Geula Company, Hachsharat Hayishuv and Hachevra Hachadasha are privately owned lands. These lands can be purchased by anyone from any place in the world.

All these companies whether it be the KKL or the companies that purchased lands for private owners operated with the support of the various Zionist organization operating in and out of Palestine at that time.  Due to the great difficulties in land purchase at that time the purchase and redemption of lands could not have been achieved without all these important players.