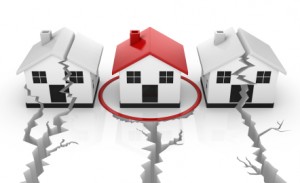 Recent promises by the government for a change in legislation has caused a freezing of many projects.  This is especially hard at a time when everyone is waiting for a lowering in real estate prices.  One such “promise” is the exemption from V.A.T. for certain purchasers acquiring apartments in new construction projects.  As this would not apply to projects where construction has already begun, many potential buyers in such projects have held back their purchases until information as to the finality of this new law becomes apparent. Another proposed law will give construction companies a discount on V.A.T. on construction services. These potential new laws have had an adverse affect on the sale of apartments in Tama 38 projects.

Into all this mix we now need to consider the fact that the government has fallen.  There will elections in a few months.  A new government will come.  Will this government continue to promote the two bills discussed above? It is this lack of security which has brought many real estate projects to a halt including the nationally important Tama 38 projects. Everyone is waiting around to see on which side the coin will fall.  So I say to the Israeli government “make up your mind already” and let’s get on with it. Otherwise we might have to see on which side the building will fall should there be another earthquake.