The American Colony in Jaffa was founded in 1866 by a group of American Protestants from Maine.  Located between the old city of Jaffa and Neve Tzedek, this is today prime real estate.

The 19th century, settlers bought these lands with the vision of starting an agricultural settlement in the Land of Israel.  When they arrived, the Ottoman government did not allow them to build their settlement and they were forced to spend several months living on the beach until they were allowed to begin construction.

They bought with them prefabricated wooden houses, some of which are still standing today.  Unfortunately, due to disease and attacks from their neighbors, they were unsuccessful and they were forced to return to the States penniless.  They sold their lands and homes to a group of German Protestant settlers who built additional houses and established various industries there.  It was due to these industries that British war ships bombed this area during World War I.  This is one of two German Colonies in the area, the other one being Sarona. 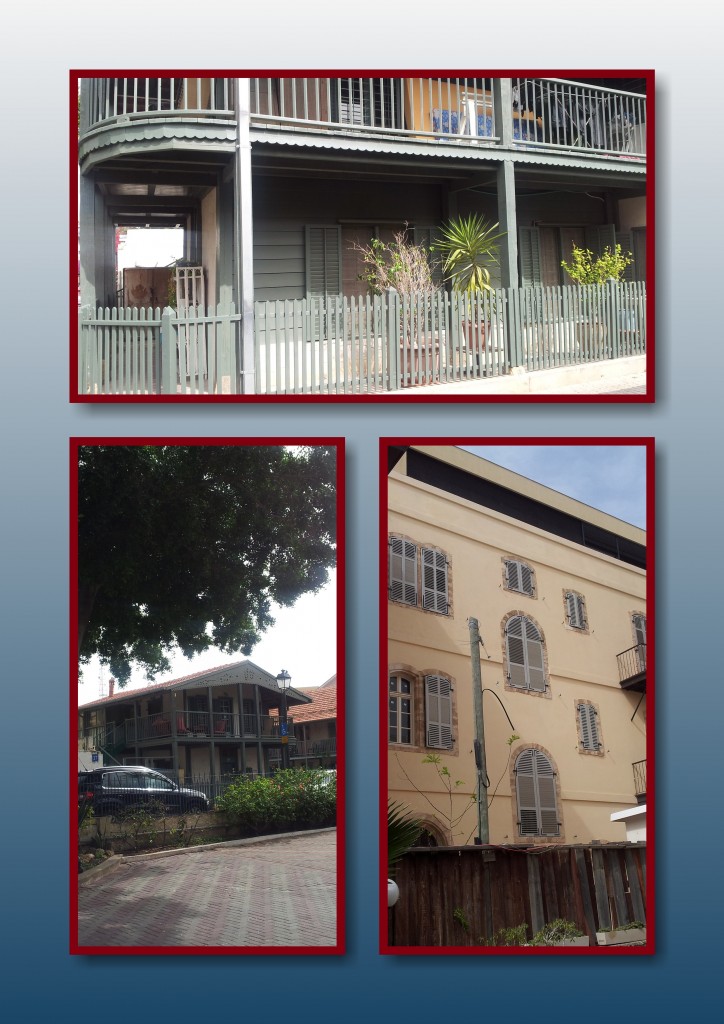 Today,  some of the original wooden houses still stand, along with the Park Hotel, the Jerusalem Hotel and the Immanuel church, all built during the time of the German settlers.

Next to this is a new building project called “The Village,” a project for the construction of residential apartments.  The style of the buildings is intended to resemble the original wooden houses of the American Colony.  The Globes  newspaper from January 2013 reports that during  December 2012 and January 2013 two apartments were sold in the project.  One apartment, a five room triplex with a garden sold for 5,590,000 NIS.  Another apartment in the project of three rooms sold for 3,190,000 NIS.  The project consists of 23 apartments and will include a pool and spa.

If those first American settlers from 150 years ago had seen into the future and witnessed the big real estate boom that became Tel Aviv-Jaffa, perhaps they wouldn’t have given up and sold their lands to the German Templars.  It just goes to show that real estate, more than any other investment, is constant.  The prices may go up and down but the land stays forever.

Hadera – Could This Be the Next Up-and-Coming Anglo city?