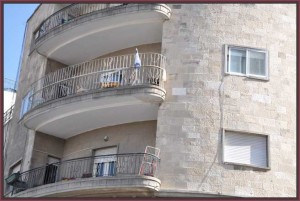 Over the past few years I have written extensively in my blog and in my newsletters (see my website at www.levinlawoffices.co.il) about the temporary provisions enacted to the Law of Land Tax by which owners of multiple apartments were given two additional exemptions from Capital Gains Tax.

These provisions enabled apartment owners to sell three apartments (and sometimes even more) at once and get additional exemptions where previously they would have had to wait four years between sales to get those exemptions from Capital Gains Tax.

The goal of these temporary tax provisions was to encourage owners of multiple apartments to sell their apartments, thereby flooding the market with apartments and reducing housing prices, which at the time seemed to be spiraling ever upwards with no end in sight.

It is debatable whether this goal was achieved. Together with these provisions came an increase in Purchase Tax for purchasers buying additional apartments as investments, a lowering of Purchase Tax for those buying a single apartment and tougher rules set out by the Bank of Israel for those seeking mortgages.

However, Ministry of Finance may not have done its homework before enacting these new provisions. They worked under the assumption that a large number of residential apartments were used for offices and businesses and if they eased up on these apartment owners and allowed them to sell their apartments with an exemption this would flood the market with more apartments.

Did this actually happen? According to an article in Globes newspaper from April 2012, the answer to this is an emphatic no. According to this article only 20 such apartments were actually sold (until April 2012), and the number of residential apartments that are rented out as offices is not that high.

Additionally, many multiple apartment owners did not purchase their apartments as investments, but rather inherited them or acquired them in a divorce settlement and those apartments were slated for their children.

By enabling these apartments to be sold with an exemption from Capital Gains Tax, and by impeding investors from investing in residential real estate there is a danger of lowering the amount of residential apartments for rent.

As we have seen during the past two years, many average Israelis cannot afford to purchase apartments and there is an ever-growing need for more rental apartments. The temporary provisions of the Ministry of Finance seemed to have shot themselves (and the rest of us) in the foot so to speak, because they potentially lower the number of apartments available for rent.

It would seem that the Ministry of Finance would do us all a favor if they reevaluated these provisions and established whether they are productive or, in fact, counter-productive.

Too Many Malls in Israel? Reckless Retail Planning?