Within the framework of my B.A. studies in the Preservation of Historical Buildings and Monuments at the Western Galilee College in Acre, I was privileged to go on a tour of Sarona, the next up and coming preservation project in Tel Aviv.

Sarona was one of the colonies established by a group of Protestants from southern Germany who later became known as the “German Templers”.  These settlers began to arrive in the Holy Land in 1868, when they established the first of their colonies in Haifa.

In 1869, they established their second colony by purchasing the lands of the “American Colony” from the American settlers, followers of the Protestant Minister, George Adams, who unsuccessfully attempted to establish their own colony near Jaffa.

In 1872, the German Templers purchased lands located on the site of the present day Israeli “Kirya,” adjacent to the Azrieli Towers today.

Later, other German Colonies were established in Jerusalem, the Galilee and the south of what was then called Palestine.

These German Templers built an agricultural colony. At this time they constructed simple farmhouses built of the Kurkar stone found in the area. During the Second World War they were evacuated by the British to Germany and Australia and their lands and property were confiscated by the British Mandate Government.

These lands were passed on to the Israeli Government in 1948. By this time the German Templers had amassed large tracts of land in this area.

In light of the Holocaust, it was very clear that these settlers would not be able to return to their homes and take up their lives there again.  Later, within the framework of the reparation agreement between Israel and Germany, the Germans were compensated for the loss of these lands. For many years the houses of the colony were used by the Israeli Army and Ministry of Defense and the whole area became an army base known as the “Kirya”.

The settlers built a total of 120 buildings of which about 60 still remain.  At present about 40 of these houses are being preserved and renovated on the southern side of the original settlement.

Several years ago the Israeli Land Authority sold the long term lease rights in these properties to private investors, while some of the houses were given to the Tel Aviv Municipality for public use.  All these houses are now being renovated and preserved.

The houses renovated by private investors are to become art galleries, boutique stores and restaurants.  The houses that are being restored by the Tel Aviv Municipality are to house the visitors’ center and museums.

In the center of the project a park with a pool and a roller skating facility is planned.  Around the outer boundary of the project a series of tall office and apartment towers are to be built and some are already in various stages of construction.

These buildings, together with the Azrieli buildings that are located right across the street should provide a steady flow of daily traffic to the stores and restaurants that open as soon as the renovation and preservation work are completed. 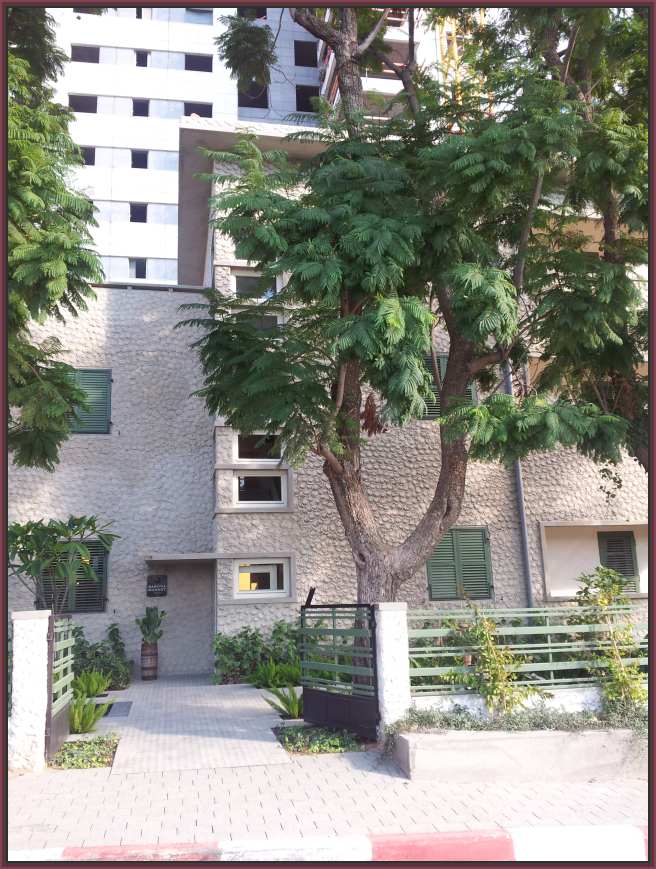 This whole site, like other historical sites in Tel Aviv such as Neve Tzedek, Hatachana (the old train station of Jaffa located next to Neve Tzedek) and the newly renovated Tel Aviv Port will be a major tourist attraction.

Changes were made to the site in the name of progress and in an effort to answer the needs of a growing, modern city. The original houses were farmhouses.  In the center of the settlement were several public buildings located around a square. In order to widen Kaplan Street which runs through the settlement today, several houses were lifted and moved.

In addition to this, the original houses had gardens and vegetable patches around them.  These will not be visible after the restoration is completed.

Will the visitor to the new modern day Sarona get an exact picture of how life was in the German Templers settlement?  Perhaps not.

However, thanks to the work of the preservationists involved, the historical significance of this area will be readily understood and explained and the project as a whole promises to provide Tel Aviv with even more amenities amid a delightful atmosphere.