Tel Aviv is getting a facelift. As an example, the photos below were taken in the area of Ahad Ha’am Street where many historical buildings have undergone or are undergoing renovations.

Most of the buildings are residential buildings with the exception of a stunningly beautiful building with the arches filled in with glass.

Historical Tel Aviv stretches from Jaffa in the South, to the Tel Aviv port in the North, and from the sea in the West until around Ibn Gviro Street in the East. The area of Ahad Ha’am where these pictures were taken is located in an area know as “Lev Hair” (the heart of the city, just off Rothchild Blvd.

Tel Aviv was established in 1909 by a group of Jews from Jaffa. During World War I, the Jews were evicted from their homes by the Turks but many returned after the war. The city enjoyed a burst of construction and economic growth under the British Mandate rule in the 1920s and 1030s and during this time many wealthy Jews from abroad built dream homes in Tel Aviv. The buildings in the area of “Lev Hair” are many of those beautiful dream homes built at this time. 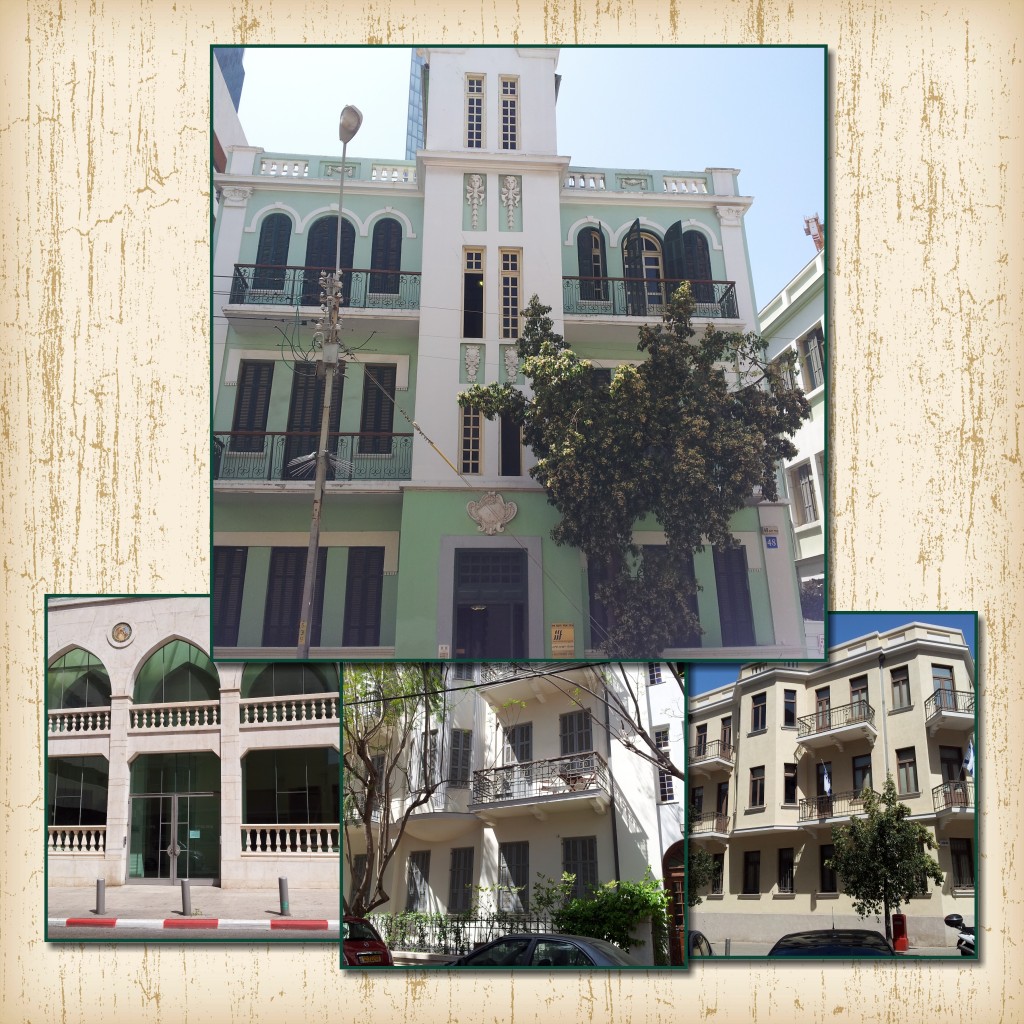 Historical Buildings in the Ahad Ha’am area in Tel Aviv