How to Preserve Historical Sites and Buildings

Israel is blessed with a huge historical legacy. It is our responsibility to preserve our historical sites and buildings for future generations.The question is how best to do that? 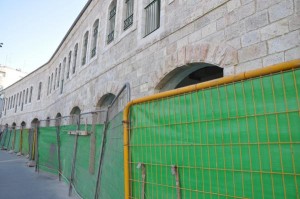 There are several ways to preserve historical sites and buildings.   The way chosen depends on the type of site or building, the historical significance and the physical condition of the site.

1.  The preservation of a single building.  This form of preservation preserves the outside façade and internal structure of the building in its original state.  An example of this is the synagogue of the Agricultural School “Mikve Yisrael” which was built in 1895 and preserved in 1970.

3. Recreation of an historical site. This is where the buildings of the site no longer exist but the site is rebuilt or “recreated” in its original form.  An example of this is the “Atlit” camp used to house illegal immigrants by the British during the mandate. There was nothing left of the camp but in 1985 the camp was recreated and is basically a museum that tells of the historical events that took place there.

4. The preservation of an historical building while adding an addition to the building.  Many times it is necessary to build an addition to an historical building in order to modernize it or to make the whole project worthwhile from an economic point of view.     One way of doing this is to build the addition in such a way that it is hard to tell the old part of the building from the new. Another way is to make the new addition so modern that it sets off the old line of the building. An example of the second type of addition is seen on the house built for Menachem Ushishkin in Tel Aviv.

6.  The preservation of elements of an historical building. An example of this is the “Talita Kumi” building. This was a beautiful building built in 1868. It was demolished in 1980 but certain elements of the façade were preserved and erected on the sidewalk outside the Mashbir department store building on King George Street in Jerusalem.

7.  The preservation of a building where the use of the building was changed. An example is the Har Zion Hotel in Jerusalem which used to be a hospital. This building was built in 1882 on Derech Beit Lechem as an eye hospital.